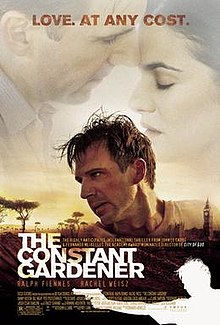 The constant Gardener is a best thriller film realized in the year of 2005. This film was directed by the Fernando Merirelles and the screenplay for this film is Jeffrey Caine adapted from the novel of the same name. The story would follow the Justin Quayle which is a British diplomat in Kenya as they […]